The digital Age has surely come, and after a Frontier decade between 2005-2015 the social density online as well as the international technology and access completely multiplied 100x over than the decade before. This age has done one thing for sure and that is share music to the entire world. And we are not just talking the first of it’s kind. We are talking classics, music that your parents and their parents listened to. It all resurfaced! 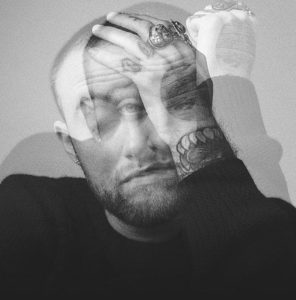 With that, the older folks did not quite catch up with this new generation that was starving for more and more glory. A generation hard to please, under a unique pressure not very well understood. They needed authenticity, like the 90’s, Color, real movement, in a culture that was finding freedom in nostalgia by escaping reality was upon us, reflecting a past time that was frowned upon. So what better Young artist to bring us back to the 90’s all while influencing a completely new division in hip hop culture. I mean we’re talking ‘apple starting from a garage to having a billion dollar facility’ kind of progress. This individual is your next door musician “Mac Miller”. Your friendly neighborhood rapper who everyone liked. The kid who actually matured over time.
Hip hop was still acclimating to the digital age and Mac represented an entire age group that grew up with the internet. The majority of his fans are not retired nor under the legal drinking age, they are the young adults in 2020 that work 9-5s still trying to figure life out. The death of Mac Miller was one of quite a few in the recent years that the music industry had to endure. Along with Aretha Franklin, Prince, XXX and Lil Peep, Mac Miller’s death struck a variety of people a little deeper. This one really cut, it had felt like these K.I.D.S truly lost one of their own.

After artists like Datpiff and Kid Kudi came out and captivated an entire generation, A position for Mac Miller opened up in the spot light and was filled like water does to its container, He certainly glowed and sparked an easy listen for a generation that he was also Able to grow with and experience life with only to become the voice of it all. He took Shape right away before he was even 20 years old. For this, we will always remember ‘the time Mac Miller Carried the digital age’.