Available in Studio A at Bay-Eight Recording Studios Miami is the world-famous SSL AWS900, a super analog state-of-the-art mixing console available in the most revered studios around the world. We’ll go over the historical significance of the SSL AWS900 and Solid State Logic (SSL)  as a company, why it’s so great to use its features, and why it’s so amazing that Bay Eight has this console. This console is rare as a first-generation release.

Scroll down to learn more about this piece of SSL equipment.

1. Historical Significance of the SSL AWS900 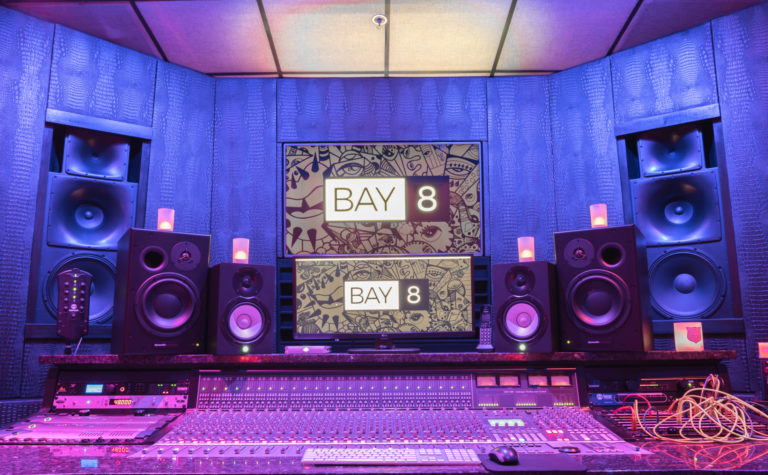 The SSL AWS900 has been used by Grammy award-winning producers and world-famous recording artists around the world. The company that developed and created the console is called SSL, Solid State Logic, which began in 1969.

Solid State Logic was founded in 1969 by the late Colin Sanders. The company’s first products were switching systems for pipe organs which used FET switching and multiplexed communication between the keyboard and the electro-mechanics of the pipes. These replaced expensive, cumbersome and unreliable arrays of relays and solenoids and thick bundles of interconnecting cables. Colin coined the phrase Solid State Logic as a descriptor.

The big breakthrough came with the introduction of the SL 4000 E Series in 1979, the console which transformed the music recording industry and whose variants, the SL 4000 G Series, 6000, 8000, 9000J and 9000K dominated the professional recording studio industry for two decades.

Since then they have created hardware that has progressively permeated the music scene with its class and ease of use. Their products have been used in blockbuster Hollywood films and have been credited with many accolades that the company has collected throughout its history.

Some of the artists that have used the SSL consoles include Dr. Dre, Tupac, Dave Matthews Band, Santana, Aerosmith, The Black Eyed Peas, Kanye West and Usher. There are many more musicians who have used this mixer, in studios similar to Bay Eight Recording Studios Miami.

Next, we’ll cover why it’s so great to use this SSL mixer. 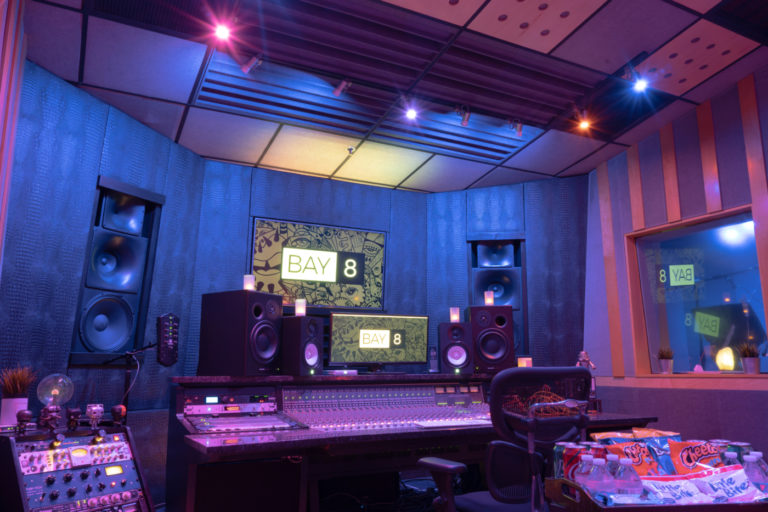 “The fingerprint of the AWS is traditional SSL, and particularly is derived from the 9000 K, which is known for its headroom and clear, full-range sound. These consoles are big on analog mojo, but not the kind where you push into the mix bus and get a harmonic halo like on a Neve. Rather, these consoles have tons of headroom and remain clear and focused as you push levels hotter and hotter. The analog mojo is the kind that delivers a rock solid and deep bass footprint, crystal clear highs, and a very articulate midrange while never sounding harsh. Further, the AWS 900 series presents an incredibly wide and deep sound stage that has made SSLs the choice of so many mixers to this day. In short, the AWS sounds huge and powerful like a big SSL.”

In short, this console is so sought after because of the magic it adds to any record. It will be very hard to recreate anything an SSL console can do on a computer.

Next, we’ll cover why it’s amazing that Bay Eight has such a great piece of equipment. 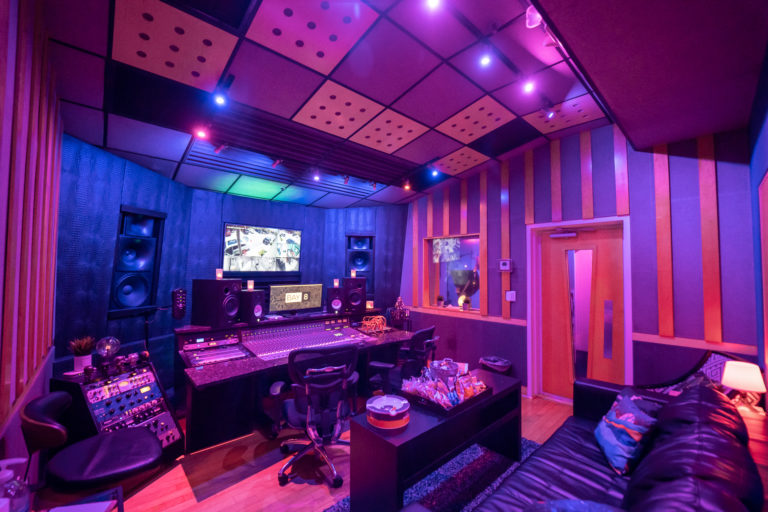 Let Bay Eight cap off or begin a special night. Recording and creating music is a process, but Bay Eight is here to help. In our SSL room recording studio we have the SSL AWS900 along with AVID HD i/0 Class A Converters, Antelope Isochrone Word Clock, Pro Tools HD 24 Inputs 24 Outputs, and flush-mounted custom speakers W/ dual subs. The entire room is fitted to suit any artist or producer looking to create their best sound.

If that sounds too much for you we’re happy to explain. Basically it’s some of the best hardware you can find in Miami!

For more tips and suggestions on the ins and outs of recording studios visit our Bay Eight blog.

Check out our Studios and the different amenities available to our clients.